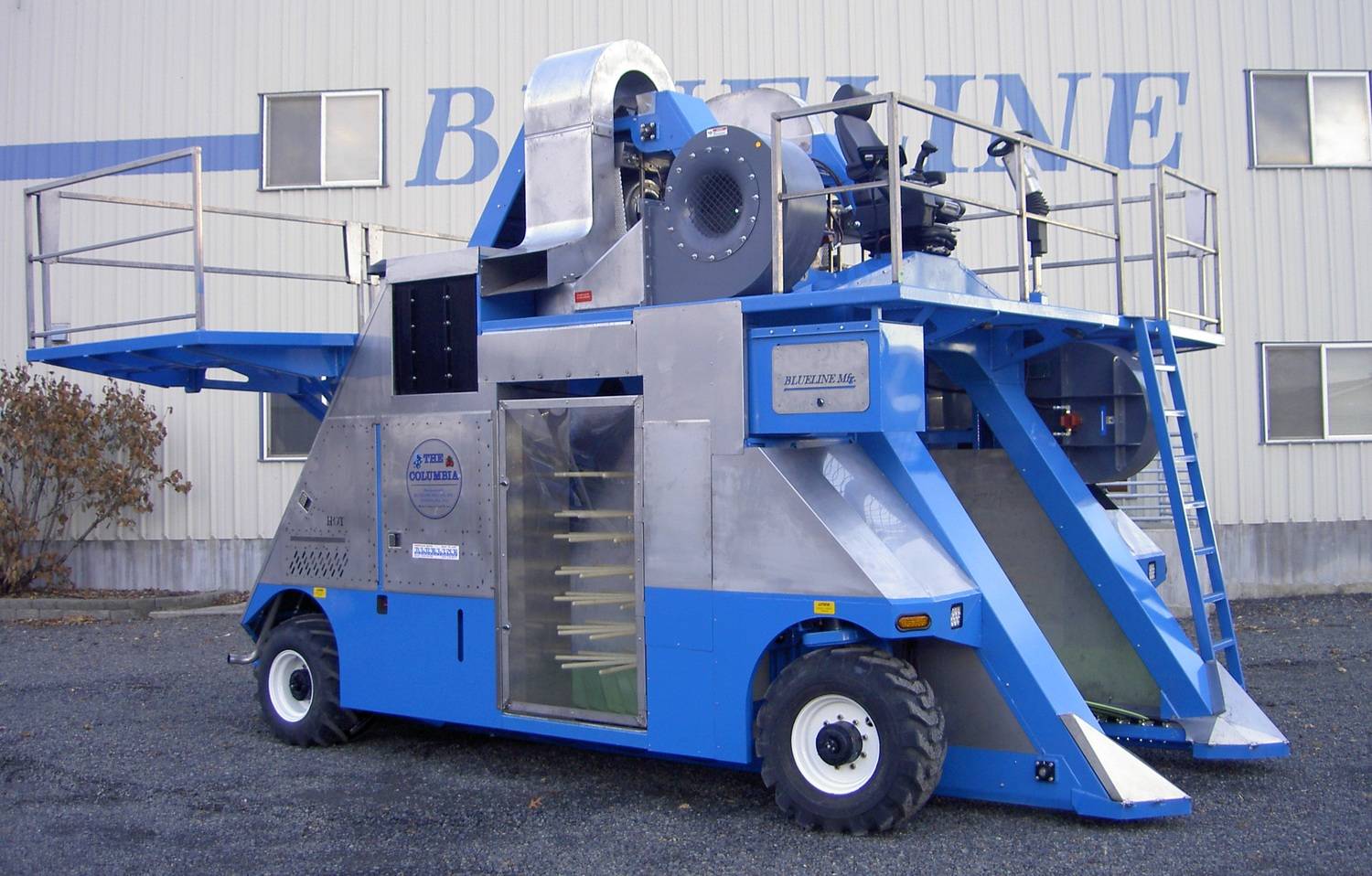 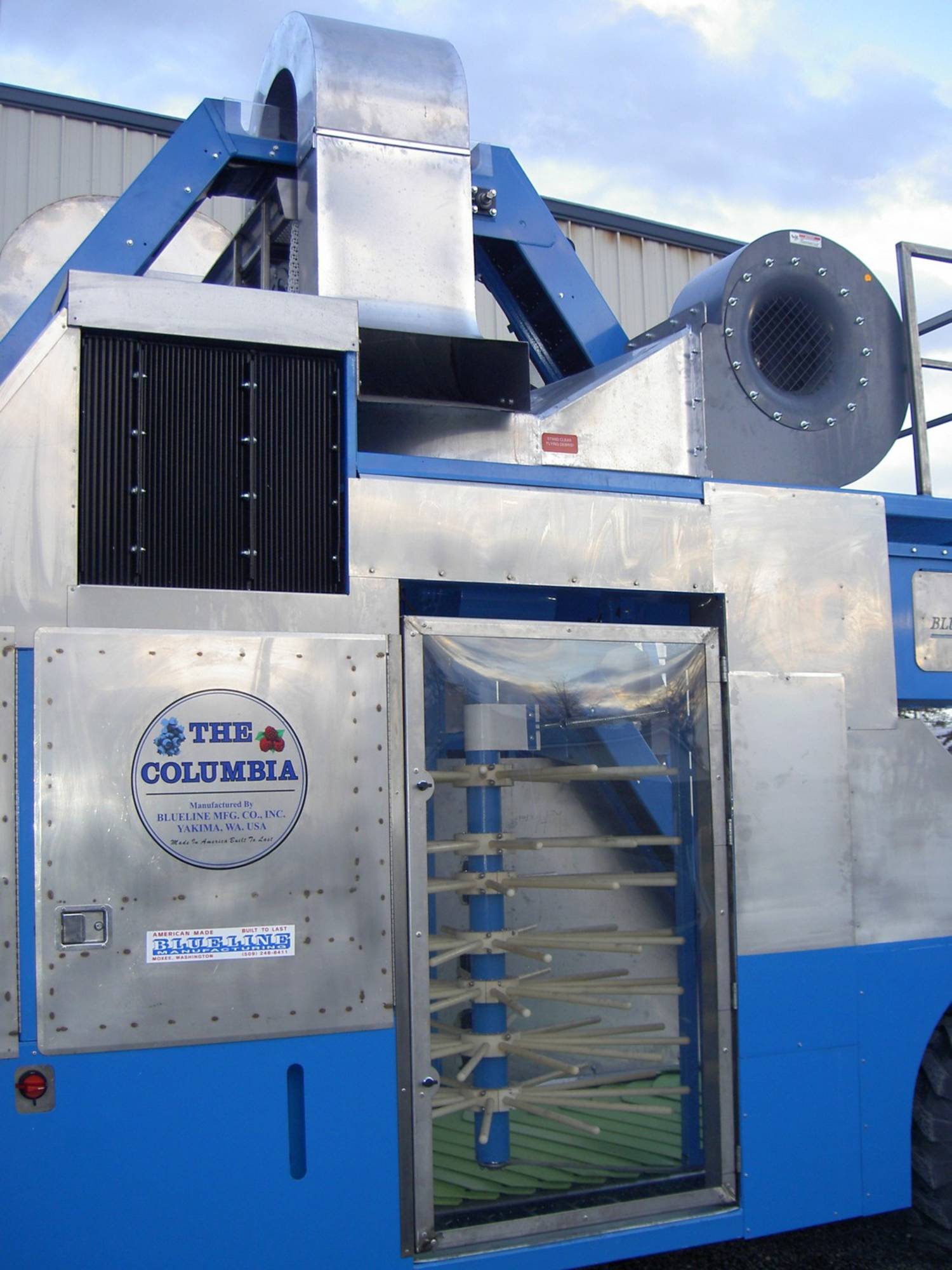 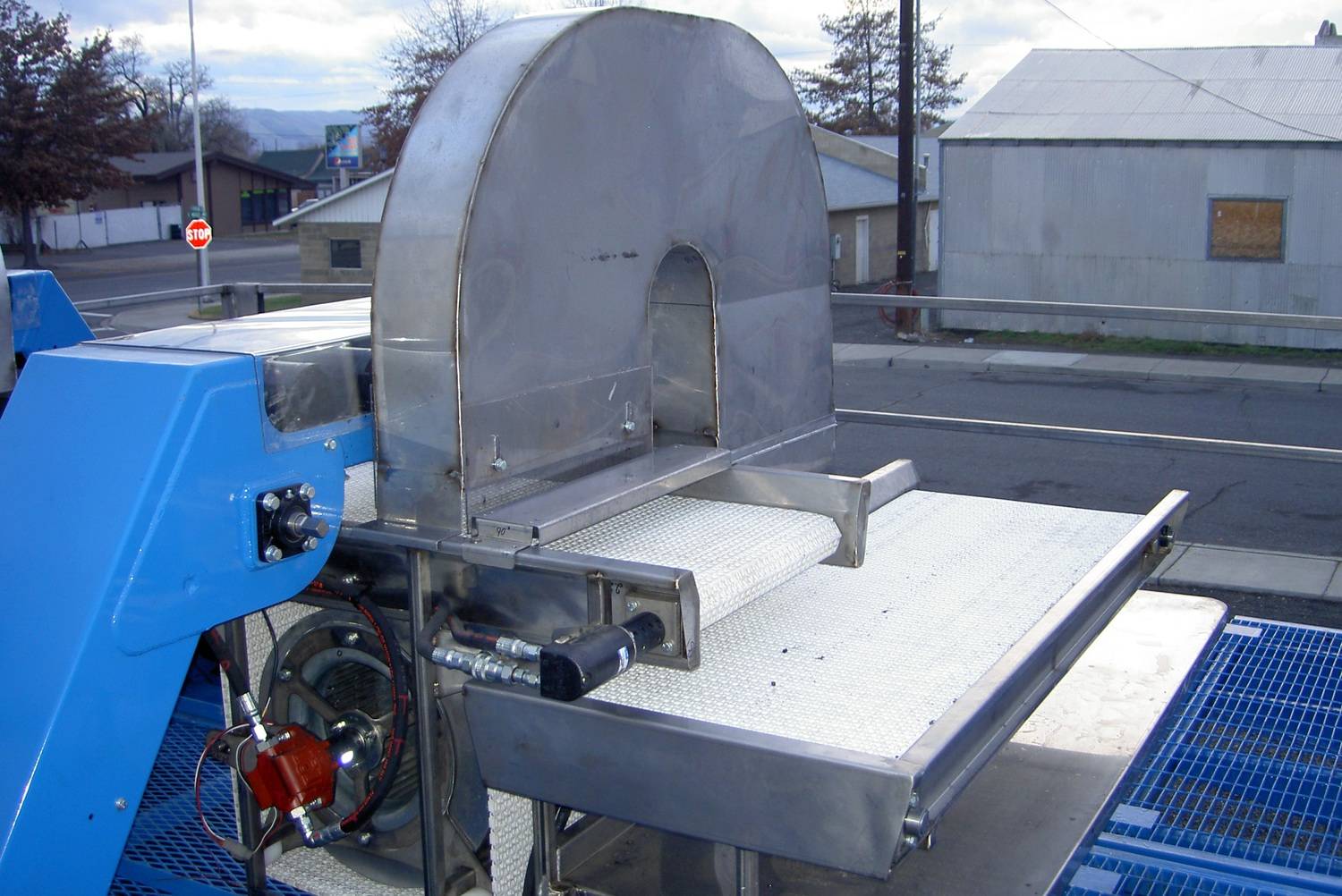 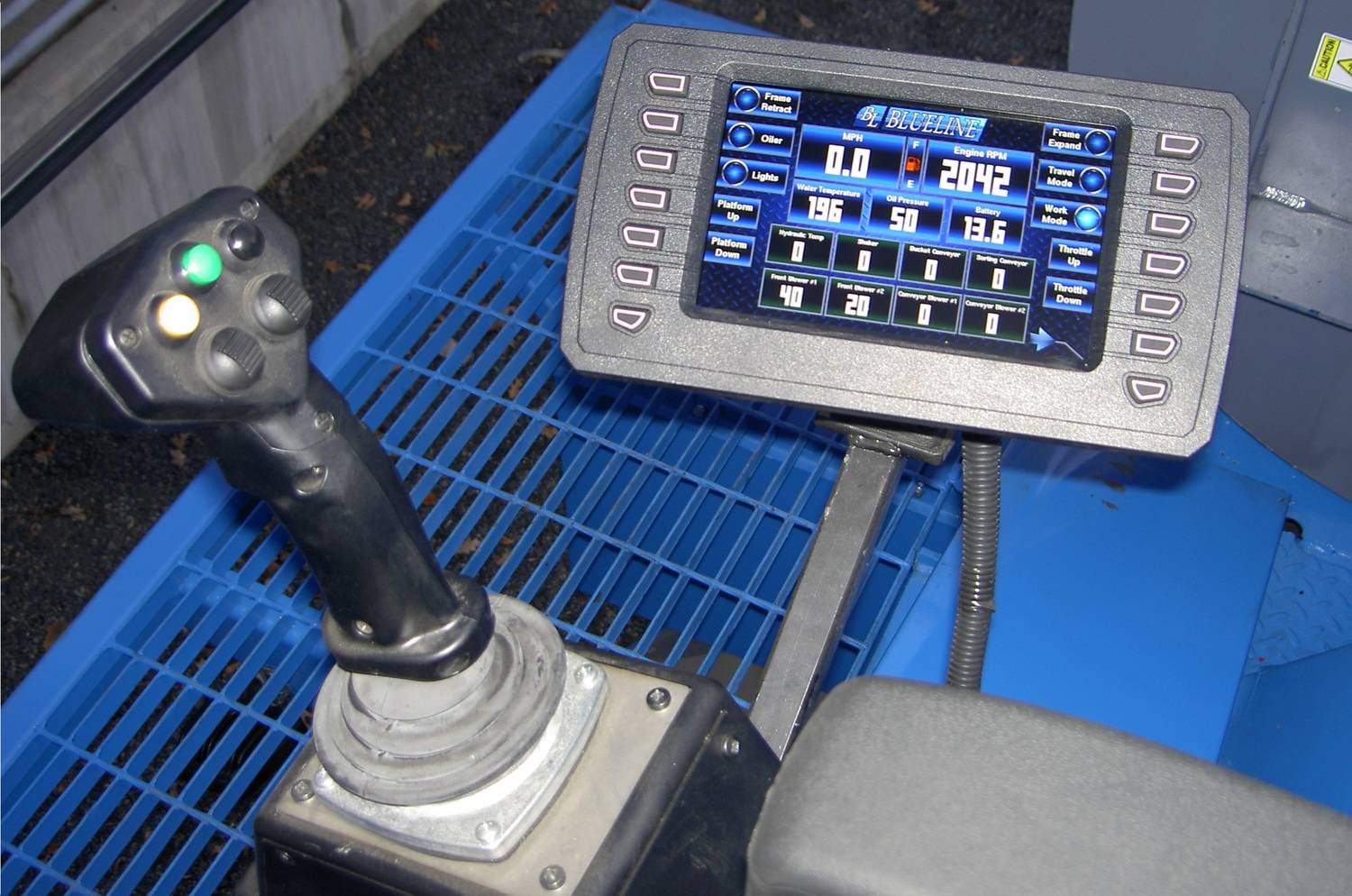 The new Blueline BH100 “Columbia” is the first major re-design of a berry harvester in 20 years.

Blueline Mfg designed this berry harvesting machine from the ground up based on grower input and identified weaknesses of other competitive berry harvesters on the market. Our goal from the onset of this project was to reduce the loss of fruit through the collection system. In many cases, according to growers, this loss was up to 20% of the total crop. With a creative way of moving the crop using high volume, low pressure air, we have reduced the loss to the ground by as much as 50%. This system also incorporates a newly designed collection ear which is much lighter than previous designs, but very strong, with a wider edge to reduce friction against the plants. Our new collection system uses a rubber “spring block” rather than conventional springs. This system is much simpler to maintain and longer lasting.

Also, Blueline was determined to improve the operator platform and controls. Using a proven system called CANBUS, we were able to reduce the wiring and hydraulic hose circuits by about 25%. You will notice a very clean and uncluttered operator area and controls. Using a touch screen control system we can now adjust all major control functions from a simple control pad. This system also gives speed indications of each function.

Another complaint voiced by many owners was the platform and lifting mechanism. We increased this areas size and did away with the cylinder and cable lifting system and replaced it with an all-hydraulic system. This is much cleaner and more trouble free. We also made an effort to make sure the load was centered over the rear axle. This, of course, increases stability and traction.

The drive system is “all wheel drive” meaning oil is reduced to any wheel that has lost traction forcing oil to the other wheels that have traction. Blueline also included a “cruise control” system. This system maintains a pre-set speed regardless of uphill, downhill, or load.

Blueline looked at the harvesting head as well. Our design incorporates an offset design that increase productivity and helps improve the fruit drop problem.

A large scale Blueberry producer located in Eastern Washington State conducted an indendent direct comparison of the fruit drop between the Litau and Blueline berry harvesting machines. This test was conducted August 12th on Aurau Fruit variety. Temperature was approximately 90 degrees. The machines were operated on side by side rows.

Tarps were laid out covering both sides of the rows attached between the plants with spring clamps. All of the fruit was contained in the tarps over a 40ft length. This fruit was then weighed individually on the left and right sides of the rows. Once the tarps were removed the fruit that had dropped in the center of the plants that was not captured by the tarps was collected and weighed.

The results are as follows-

Fruit picked up in center of the plants 9.39 lbs

Conclusion- Blueline dropped 31% less fruit than Littau, or about 1415 lbs less over an acre than the Littau. Keep in mind this is one pass. The advantage is increased as you make more harvest passes.

View other items in: